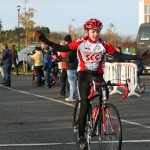 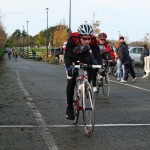 2 wins for Slaney CC this morning at the Wexford Wheelers hamper race. Darragh Jennings won from Marc Thatcher in the U12 race with Adam Thatcher taking victory in the U14 with Ryan Byrne 2nd and Fionn Jordan 4th. Both races were shortened due to the icy conditions. 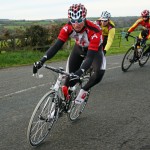 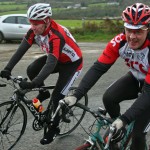 Pictures of the underage and adults race now up on http://pix.ie/liamr Results on the Wheelers site

SERC Hamper Race: Well done to all Slaney members who took part. I understand there was a pileup which effected some of there chances. Congrats to Rita who picked herself up to take the ladies prize Results – http://www.southeastroadclub.com/2011/12/11/conor-mccabe-memorial-race-results/ The race was in memory of  SERC club member Garrett Mc Cabe’s son, Conor, who sadly passed away back in 2008.