THE SLANEY U/A LADS TRAVELLED TO CORKAGH PARK TODAY FOR A DAY OF RACING ON THE CRIT CIRCUIT.
THE WEATHER WAS WINDY AND BITTERLY COLD FOR BOTH RIDERS AND ONLOOKERS ALIKE AND WAS A REAL TOUGH DAY OUT.
ELLIOT WAS FIRST AWAY IN THE U12 RACE AND THOUGH HE WAS A BIT DISAPPOINTED WITH HIS RIDE HE ACTUALLY DID VERY WELL TO FINISH, WHAT WAS HIS FIRST RACE OF THE YEAR, IN VERY POOR CONDITIONS.
A HUGE BUNCH OF NEARLY 50 RIDERS LINED UP FOR THE U16 RACE WHICH IS PROOF OF JUST HOW STRONG THE U/A CYCLING IS AT THE MOMENT. FIONN WAS JOINED BY REECE ON THE START LINE BUT ALAS HAD ONE OF THOSE JOUR SANS(EXCUSE THE FRENCH) AND PULLED OUT SHORTLY AFTER THE START. REESE CONTINUED FOR ABOUT HALF DISTANCE BUT ALSO PULLED OUT AS THE BITTER COLD AND HARD RACING TOOK ITS TOLL. AS A SIGN OF THE DAY THAT WAS IN IT ABOUT 40 OF THE FIELD ALSO PULLED OUT.
SO ALL IN ALL SOME VERY DISAPPOINTED LADS TODAY BUT AS ANYONE THAT RIDES A BIKE KNOWS THERE WILL BE MANY OF THOSE THROUGH OUT THE YEAR NO MATTER WHAT LEVEL YOU RIDE AT AND A SIGN OF A GOOD RIDER IS WHEN YOU GET UP AND GO AGAIN THE NEXT DAY.
IT WAS ALSO GREAT TO SEE ADAM THERE TODAY SUPPORTING THE LADS EVEN THOUGH HE IS STILL OFF THE BIKE HIMSELF DUE TO HIS BUG FIGHTING ACTIVITIES.

Best of luck to our participants in the Easter weekend stage races.

Davy Walsh is riding in Kerry at the 4 day Rás Mumhan and is supported by Frank Dunne and Terry Dempsey. Second only to the An Post Rás in difficulty and with several full time teams participating this is a hard mans race.  (If your on twitter follow @rasmumhan for live tweets during each stage)

Stage 1 Davy finished in the main field. 15 riders were away and Davy was part of group of 111 riders who finished 2.30 down. Stage 1 was a short, cold, hilly stage of 105km with avg speed of 43kph with some riders losing up to 40minutes. 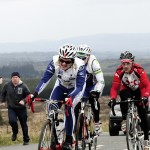 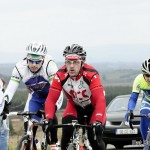 Stage 2 Probably the hardest stage of the race and with five KOM climbs including the Healy Pass this was one Davy wasn’t looking forward t0. 22 non-finishers on the stage tells it own story! Davy finished in the 3rd or 4th group, dropped some time but hopefully saved some energy for the next two days.

Stage 3 Another tough day at the office. Another five KOM climbs. And some sleet, rain and high winds the add spice to it. Well done to Davey and the Barrow boys who are surviving well in a tough, tough event. One day to go.

Stage 4 Davey finished another Rás Mumhan today. Even got a mention on the live updates while trying to cross to the break as they approached the final circuit in Killorglin but was brought back to the bunch.

Shane Kelly, Conchubhar O’Crualaoich and David “Corky” O’Connell are representng Slaney at the Gorey 3 Day which starts on Saturday morning in Blessington. Stephen Kelly and Alex Williams are riding shotgun in the team car tomorrow. If anyone is heading to see the finish please note the race this year finishs with a lap of the Crannford circuit with the finish line on the old Enniscorthy – Gorey road. (as per Sundays stage 3 ). The 120km stage starts at 12pm so finish due sometime after 3pm??

Stage 1 With snow flakes falling in Blessington this was a cold start to the Gorey. The stage was fairly uneventful with a chilly headwind keeping the pace reasonable until we reached Kilcavan Hill. Corky was having gear trouble and couldn’t use any of his large sprockets but managed to hang in until almost reaching the KOM line but was tailed off with a group of about 20 riders. Shane also suffered at this point and eventually was forced to climb into the team car before we hit Crannford. With Conor comfortable in the main group the race completed the additional lap of Crannford added this year before finishing on the Enniscorthy road with Conor well up in the bunch sprint despite being baulked at the end. Conor and Corky are off in tomorrows TT at around 9.35am.  Many thanks to SERC for the use of the van!

Stage 2 & 3 A bitterly cold early start in the TT saw the two lads just ride the course at tempo. Corky was much more comfotable today with a full set of working gears and finished easily in the main group. Not so bad for his first race of the season and such a pity his gear issues meant he lost time on Saturday. Unfortunately Conor had some bad back pain during and after the TT and decided to pull out of the afternoon stage on what is also his first race of the season. Thanks to those who came to support the lads today.

Stage 4 Well done to Corky who completed his first Gorey 3 day today despite very little preparation after his spell in Australia. Thanks to Wexford Wheelers and SERC for looking after him on the road today – much appreciated. 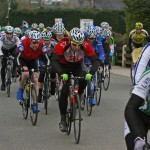 *Two great performances from two young Wexford riders today as well. Ben Delaney is only 21 and took 3rd in the TT just 14 seconds off winner Sean Downey and 19 year old Luke Maguire is sprinting with the best of them taking 2nd place in the two main field bunch sprints so far. Well done lads*

I’ll probably be on the hill in Hacketstown or Crannford handing out a few bottles…….. 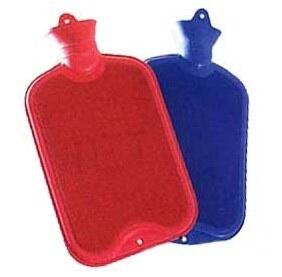