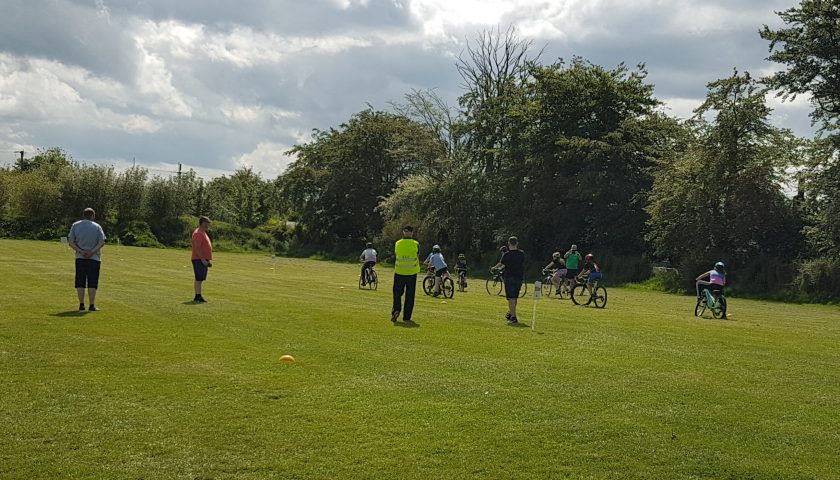 Yesterday saw the renewal of grass track races in the club after being absent for many years. Under the guidance of Pat Whitney, the new group of trainee’s were taught the basic skills of how the cycle on grass at the start before the lesson took to the track. Time trails took place before the group were split into pairs to race against each other and before the end of this first training session a ‘slow race’ which was all about balance on a bike was held. For a finale because the dad’s were itching to in get involved, father and child races took centre stage which proved that the father’s need the training more and not the children as non of the father’s won.