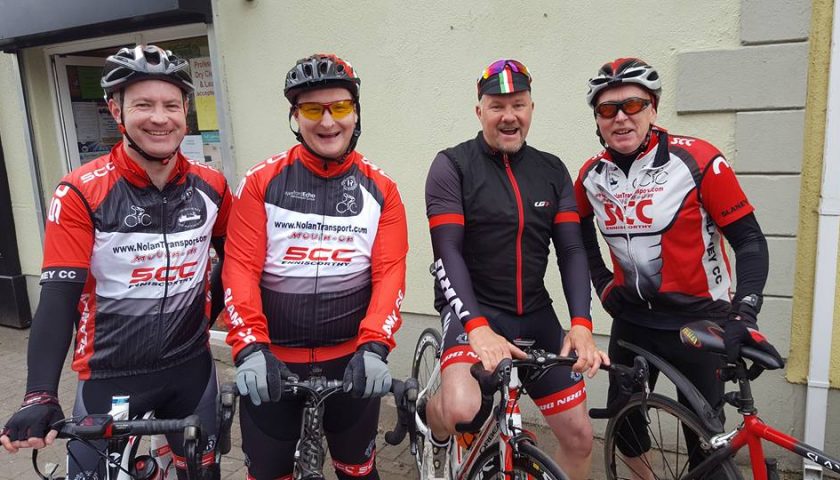 This morning’s tour was down on numbers compared to the previous two weeks but it was no less enjoyable! We headed out to Bunclody and turned left in Kildavin. From Myshall to Borris we endured a bit of headwind which was expected with the wind direction forecasted. A brief coffee stop was taken on Borris which was very enjoyable. On leaving Borris we met Paul Bolger heading in the opposite direction but he swung around and caught us near Ballymurphy. The tour was run at a nice steady pace with no one left behind! I’m attaching some photos but unfortunately Paul is missing from them! In the group are Kevin Davitt, Derek Doyle, Mick Byrne and Mylie Kavanagh.