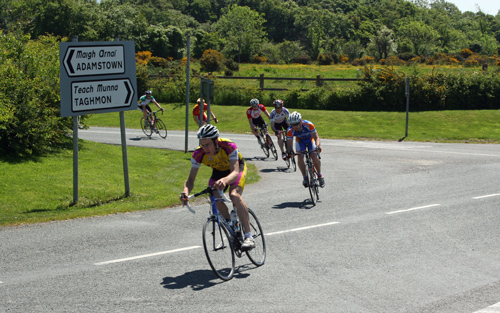 1 km into the race and eventual winner, Wexford Wheeler Martin Gill, is putting on the pressure. 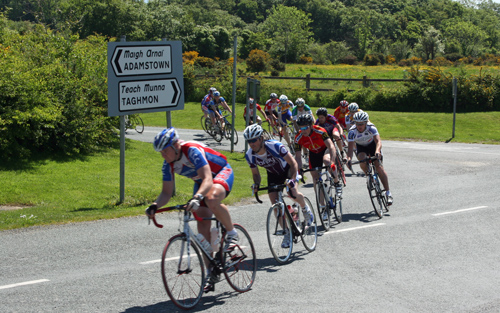 and the bunch is stretched. 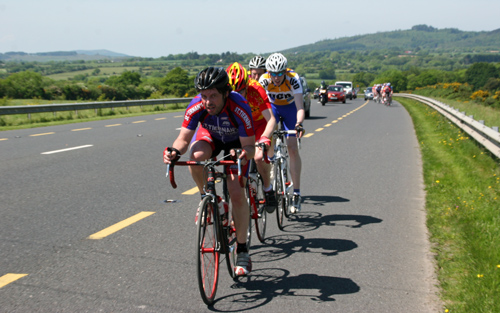 Halfway through lap 1 and a group of four is clear…. 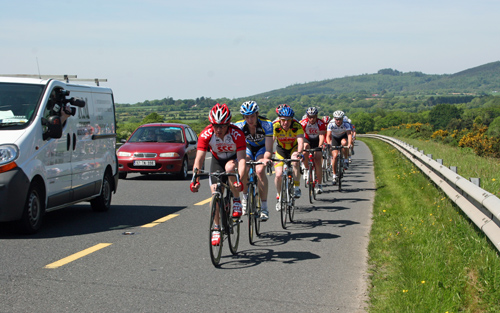 …but only by about 15 seconds 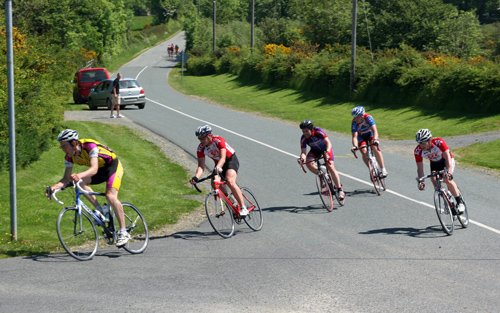 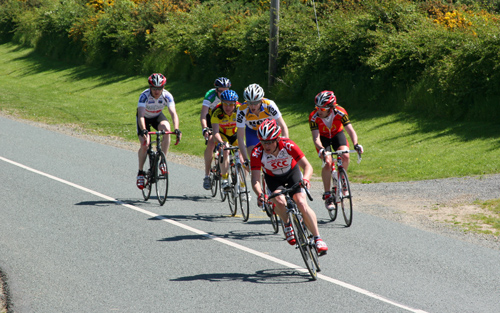 A second group has split away and is chasing back 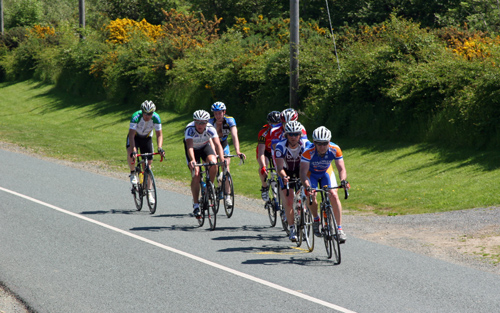 This group won’t get back on now. 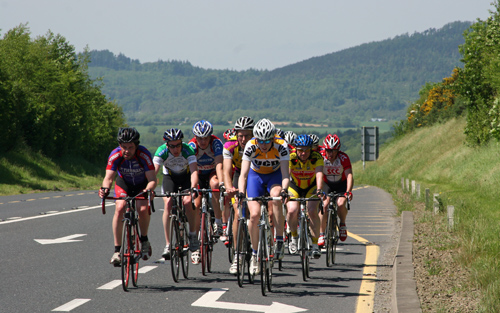 On the main road the two front groups have come together…… 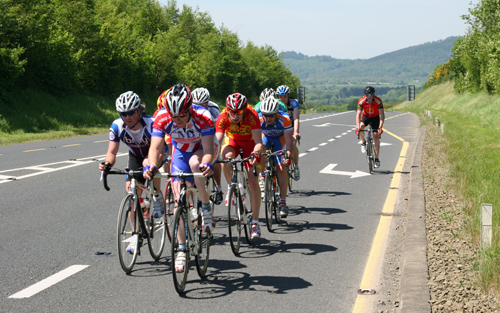 …with the chasers over two minutes down. 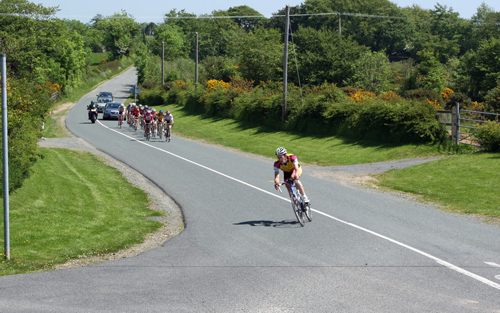 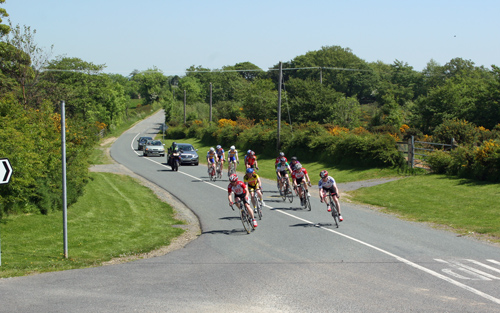 …but the the other 12 riders are not far behind. 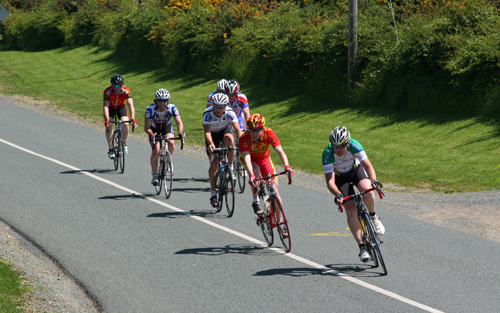 Whats left of the S2 bunch. 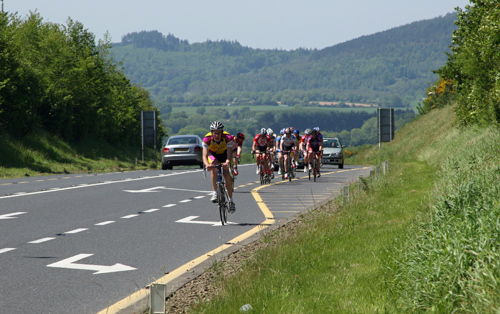 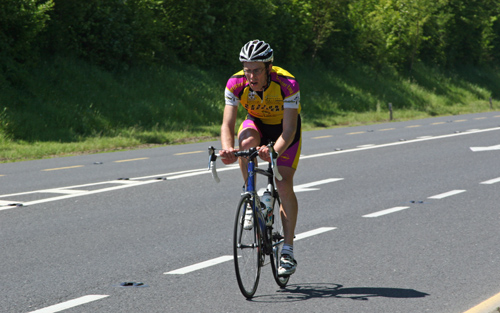 Martin has come back from a hard week at the Rás stronger then ever. 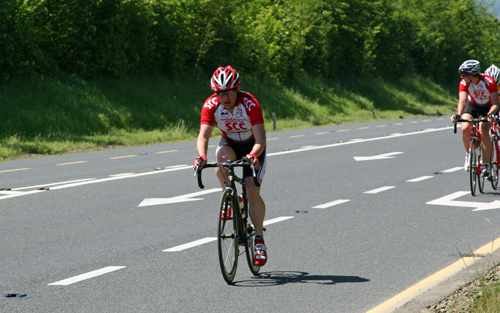 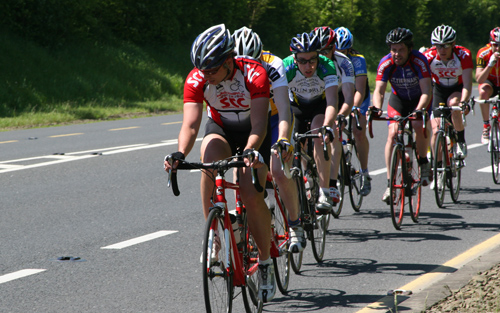 ….while Frank O’Leary controls the rest of the group. 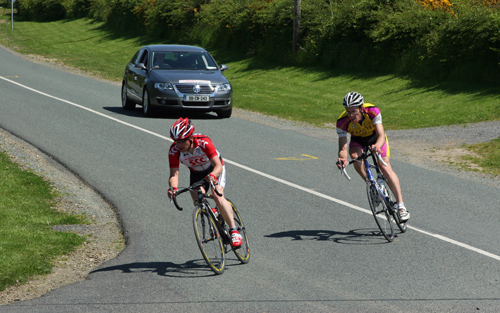 Starting the final lap and these two have 55 seconds over the rest. 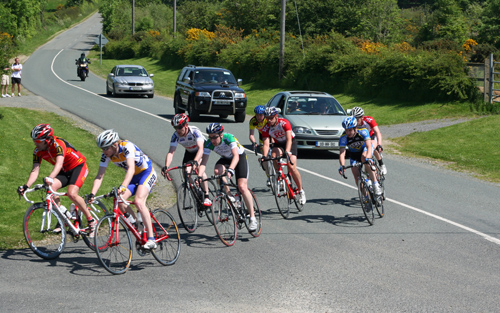 The two Franks are happy to wait for the sprint. 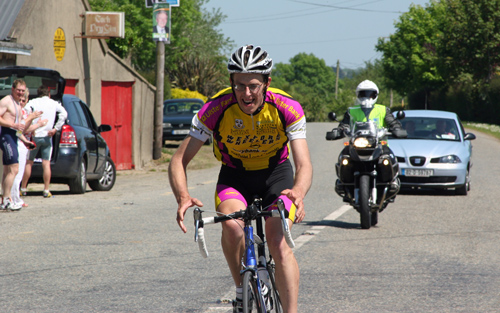 Undoubtedly the strongest man on the day, Martin Gill attacks Murt Doyle on the run in to the finish and takes victory on his own. 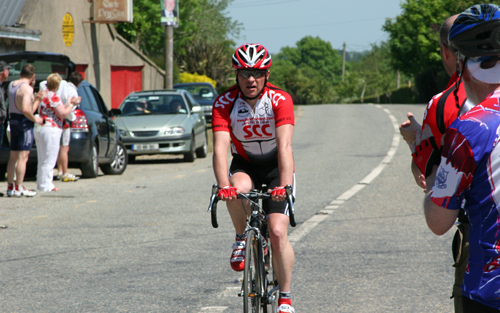 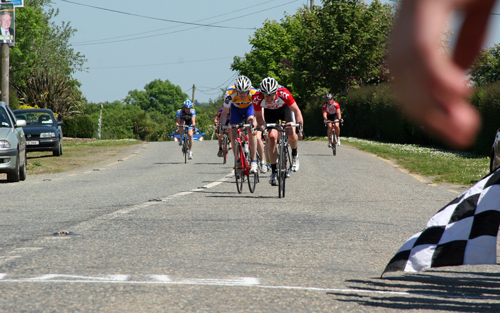 Following a lead out by Frank O’Leary, Frank Dunne heads for the line….. 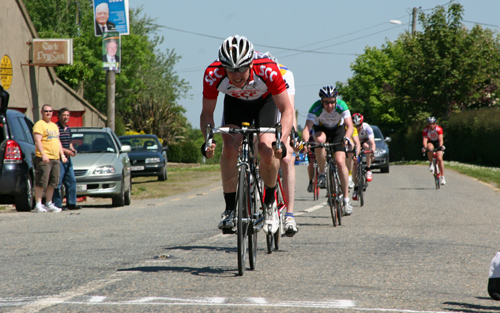 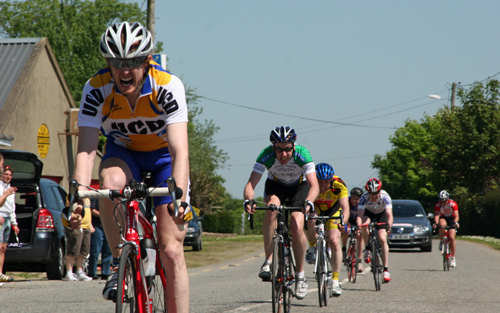 ( I’ve uploaded a lot of images to my photo gallery and the Frank O’Rourke race pictures can be seen at www.pix.ie/liamr/album/344372 )