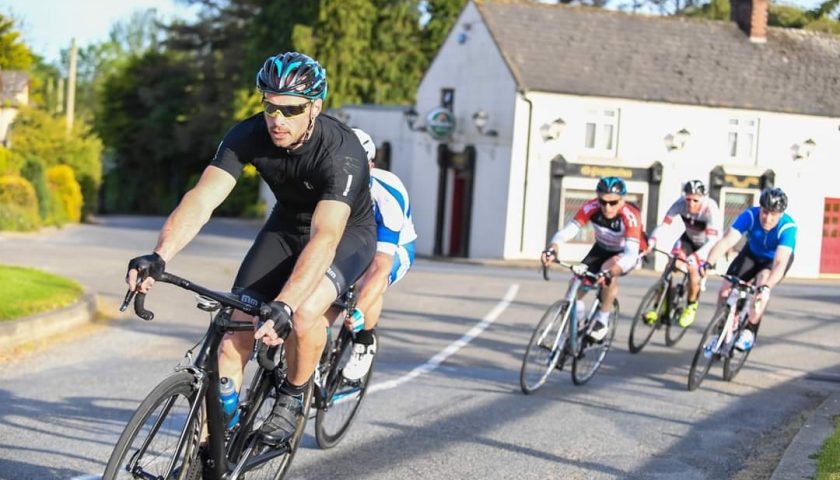 Last night saw the last Slaney League race for 2019 take place in Crossabeg. A dedicated group of riders signed on to race the 8 laps of this short circuit. Paul Barry of Rossbury took the victory with Alan Mackey/ Rossbury in second and Hugh Byrne/Barrow Wheelers in third.

In the Over 50’s race Fran Maddock came in the winner with Pat Whitney in second. In the Novice category Alan O’Rourke finished in first place to Liam Harmon in second.

The A4 League proved to be very close in the end with Alan Mackey and Hugh Byrne share top honours. Even the next place was shared between Hugh Maguire and Paul Barry. Next overall was Emmet Egan.

In the Over 50’s League our own Fran Maddock took overall top honours with David O’Neill in second.