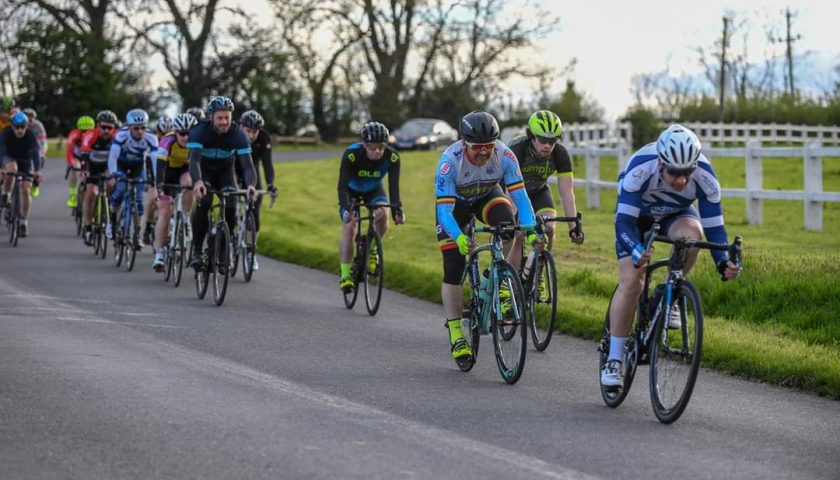 Round 2 of the Slaney League took place on Wednesday evening with better weather bringing more spirited racers. As like in Round 1, Alan Mackey made 2 wins out of 2, with Hugh Byrne 2nd and Antonio Bove 3rd. Unfortunately for Slaney’s Luke Goff, a broken chain on the very first lap denied him a chance to give to hold on to his 2nd place overall after Round 1.

*Correction * In last week’s Round 1 race, David O’Neill was actually the first Over 50 over the line and not Fran Maddock. The overall points tally will now be updated to allow for this.