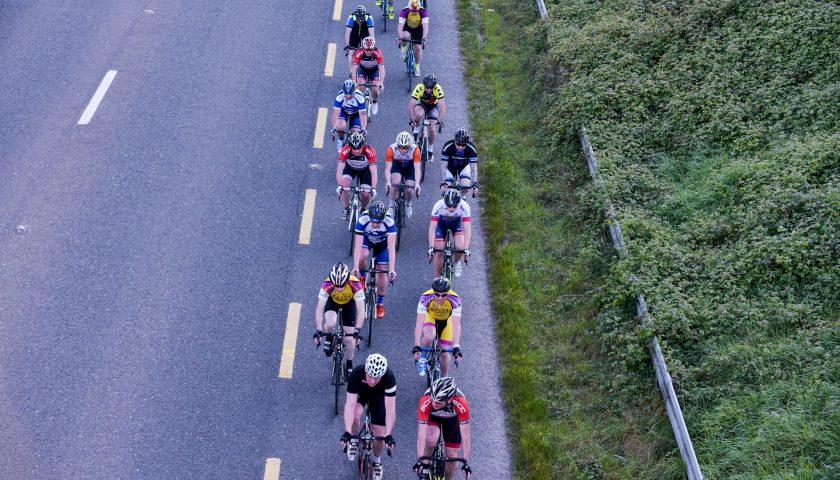 Another beautiful evening with clear skies and sunshine for round 4 of the A4/Novice league with great pictures again from Sean at this link.

Great racing on show again as the O50 group with a reduced handicap of 2min 50secs had two members of the group hold on to contest the sprint. In the end it was the wiley Hugh Davis who nipped Dave Allen in the sprint to the line.

In the Novice race the lead group of four stayed together until the end and contested a fight for places amongst the finishing A4 group. 1st was Derek Doyle with a 2nd win in a row followed by Gillian Power and Helen Sinnott with Johnny Brennan taking 4th in his 1st ever race.

Many thanks to all the marshals who showed up to help and to the lead car drivers, John, Mylie & Piotr from Enniscorthy Bike Centre.

Final Round is next Wednesday look forward to see you all then.