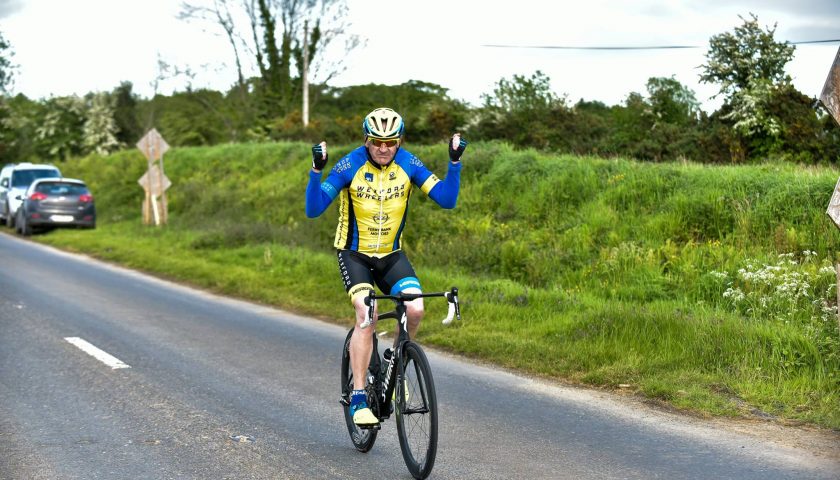 A great final instalment tonight in the Slaney CC A4 / Novice League races.

Thanks to all who took part over the last five weeks, we hope you enjoyed the racing, and thanks to all the marshals who showed up to support from the Wexford Cycling marshaling system, it’s much appreciated.

Thanks to all our club members who assisted over the five weeks and helped us to run a safe series of races.

We hope to see you all back again next year, construction work permitting.

Special thanks to Sean Rowe for capturing the five races over the course of the league with some great shots that some lads are even managing to pose for. Thanks Sean. Link here to the album for tonight.

The handicapped Over 50’s set off again with the shortest advantage over the 5 races with a time of 2min 30sec.

The group of four rolled out and held their advantage for two laps before being reduced to a two man pairing of Dave Allen & Francis Maddock. They worked together to stay away until the end where they held on to a 30 sec gap ahead of the chasing group led in by Hugh Byrne sprinting clear of Albert Walsh who pipped the rest of the bunch.

In the end its congratulations to Dave Allen on securing 1st place in the league for 2017. Final table below.

In the Novice section we had a top three of Derek Doyle, Gillian Power & Helen Sinnott. Well done to all the novices who took part over the five weeks and we hope it leads you onto higher things.