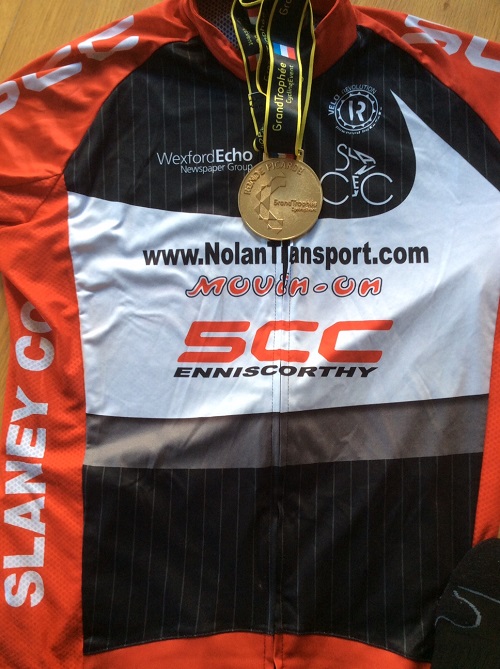 One April evening after finishing one of the Slaney CC league races, I returned to my car where my better half, Ann was waiting. Ann was chatting to Stephen Kelly about an idea he had to return to France in September to take on an event called La Ronde Picarde which he and others has done previously. John Busher arrived in on the conversation offering his van to transport bikes and the genesis of a trip was born.

Stephen had organised the accommodation and Dave Murphy booked us on the ferry. All up it was to cost the princely sum of €235! Another €52 to enter the 180km chip-timed sportive and that was it for a weeks cycling in France’s fantastic roads.

Our accommodation was good with a swimming pool on site. The campsite maisonettes were small but perfectly adequate for the week that was in it. As usual, the banter and the slagging kicked off almost immediately and it was great to have such a mixture of ages from 21 to 52 all getting along, with the bike being the common denominator. In our group was Stephen Kelly, Mick Foley, myself and John Busher from Slaney. Fran & James Maddock and Shane Kelly from Wexford Wheelers and the unattached Dave Murphy.

Stephen had a really sore knee after the drive from Cherbourg and went to the local hospital in Abbeville where judging from the resultant recovery that he made, got to see a certain Dr. Ferrari..!
He decided to take on the shorter 128km spin.

The area around our accommodation was mainly flat open roads, perfect for an end of season spin. We explored our surrounds discovering some great places along the way, all the time in the easy comfort of fellow cyclists. We found a grand pub around 1km away which was straight out of ‘Allo ‘Allo!’. English is not a spoken language in these parts and I did my best recalling my Pigin French from secondary school but got there in the end. 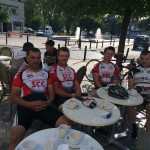 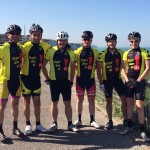 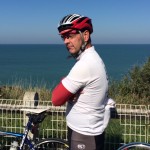 The day before the Ronde Picarde, we visited many WW1 monuments and memorials. The last time I felt overwhelmed by the folly of war and the evil human beings can heap onto their fellow man was when I visited Auchwitz a few years back. I looked at the endless graves, a lot of them unknown victims of the Great War. The Furys song, Willie McBride swirled around my head…

”Did they beat the drum slowly did they play the fife lowly,
did they sound the death march as they lowered you down
did the band play the last post and chorus,
did the pipes play the “Flowers of the Forest”

The morning of The Ronde Picarde arrived and after a beautiful week, there was a light drizzle which would make the roads a little greasy. We got to the start and after a bit of negotiation got to the start pen together. After the countdown, the hammer came down and this quickly developed into a race averaging 40km/hr or the first 14kms until the first drag broke the group up. Did my best to hold on to Fran Maddock’s wheel but my heart rate was telling me not to strike any more matches. Almost came a cropper after a Belgian rider lost control of his bike and crashed in front of me, just managed to take evasive action with inches to spare.

Rode at a good pace with John and Mick and caught Shane, James and Fran after Shane had come off in the slippery conditions.  They shouted to us that they were fine and to keep going so we all hit the tea stop at 93kms together. Dave hadn’t taken on a distance like this before and wisely held back and arrived 8 mins later.

The wind picked up slightly after the rushed tea-stop. The roads became more open and Mick & I got into a group of Belgian riders and for the first time found out the advantages of echelon riding. We were to find out later that Shane(crash) and John(cramp) abandoned at this stage and rode back to the start and like the great lads they are never moaned but had a right craic on the way back by all accounts.

We stayed with the Belgians until the turn off for the 128km. This was the only poorly marshalled part of an otherwise perfectly run event. I stayed with the Belgians only to hear Mick shouting that the 185km was the other way. We didn’t see any road markings or signage but we understood from the static Marshall that we were going in the wrong direction. This was to play a big part in Dave’s day later too. Mick and myself rode together picking up a few stragglers from the lead group who we caught but mostly the pace dropped them off after a few kms. We did manage to catch a group with 5 kms to go which was a huge help at that stage with the rain dampening the spirits.

We crossed the line at around 5hrs 49mins, enough to earn the event gold medal each. James, Frank, Stephen and Dave were already finished. Dave had taken the 128km turn off wrong turn but was determined to complete the distance and made up his own route to do so. He looked really fresh at the finish and all his hard work during the season definitely paid off. 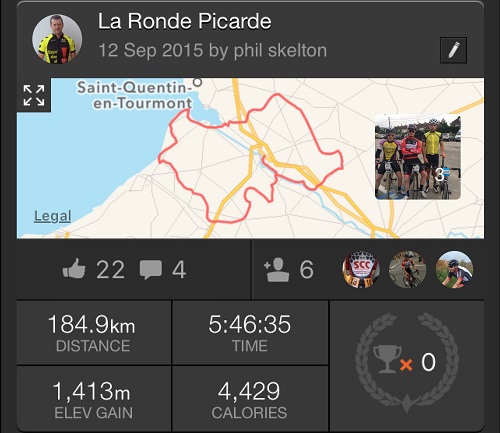 The following day we were all set to spin the legs when it started to lash rain. I went to the Allo Allo bar with Mick where there was some football celebration happening. Each person came in, shook our hand with a friendly ‘Bonjour!’ There was a really relaxed and friendly atmosphere there and the pints were going down nicely. I’ve rode a fair few races with Mick this year and we grew up a stones throw away from each other so we always have great banter when we get together. The rest of the crew arrived in later to cap off what had been a great week.

In summary, for anybody looking for a cheap end of year getaway either as a club or whatever, I would highly recommend this. At less than €300 for a weeks cycling, it’s cheap and fantastic value for money. The event has 3 distances:
185 km with 1400 metres of climbing.
128 km
50 km
There is something there for everybody. There’s plenty to do around the area and if WW1 is your interest, then this is a must. It’s not an event to take too lightly though. 180kms is a bit of a challenge at anytime but add a timing chip and the chance of a Gold Medal into the mix, then it’s a different demographic. A little over 30km/hr will be enough to secure your medal but that becomes difficult if isolated in the wind on the open roads. It’s perfectly achievable though with the right training and preparation for your sportive rider. 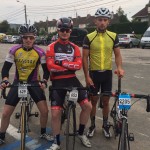 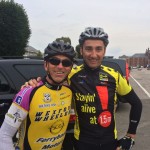 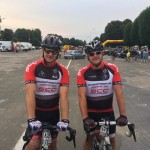