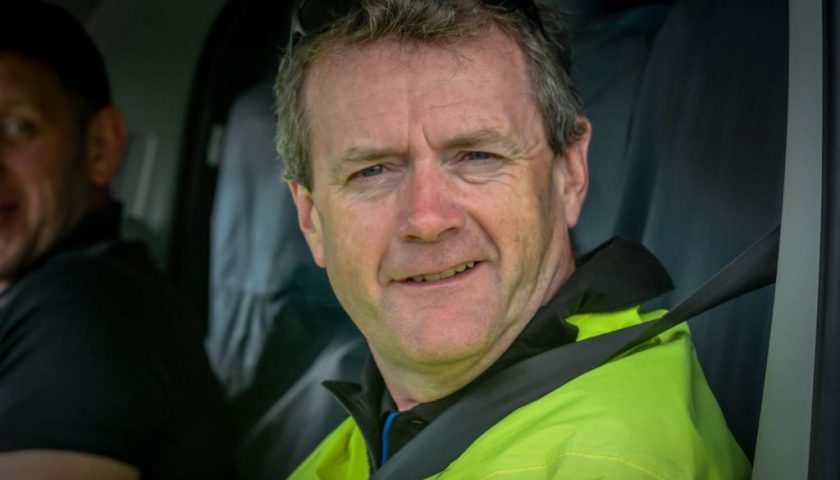 Slaney CC would like convey it’s congratulations to Phil Skelton after being awarded South East Radio’s Male cyclist of the Year for 2019. This award is thoroughly deserved by Phil who has over the past number of years has championed cyclist safety on our roads with his Stayin’ Alive at 1.5 campaign.

This campaign sort to have a minimum passing distance 1.5 metres between a cyclist and and overtaking passing vehicle. After years of tireless effort, Phil’s ambition for cyclist safety and better understanding between all road user’s finally came to fruition last week when new legislation was brought into law that made dangerous overtaking of a pedal cyclist an offence with a fixed charge of €120 and 3 penalty point added to the offenders driving licence.

In the other cycling awards given out last night, Slaney CC didn’t come up trumps. The club would to pass on its congratulation to Eve Furlong of Racing 795 who was voted female Cyclist of the Year and to Rossbury Racing who are this year’s Cycling Club of the Year respectively.