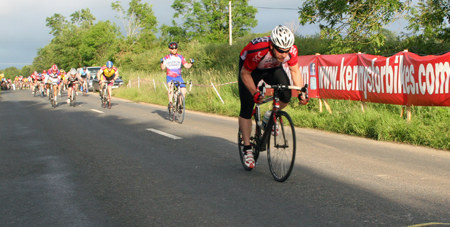 Another super fast race tonight in gorgeous sunshine with eventual sprint victory going to Corky O’Connell. With league leader Stephen Duggan missing through illness Corky’s win leaves him 10 points behind with one round to go. With 10 points for a win next weeks final round could go to penalties yet!

After a minutes silence in respect of Sam Darcy the novice group set off with a reduced handicap from last week but with a couple of extra bodies including wise old heads like David Curtis and Stephen Kelly. Despite the extra man power the A4 bunch were flying and took a minute and a half back on the first lap. By two laps to go it was almost all together and a bunch sprint was imminent. In the end Corky won comfortably with John O’Leary a very happy 2nd and Frank Doyle taking third.

Adam and Elliott will both be going for 6 wins in a row in next weeks underage races after comfortable wins again tonight.

33 adults (and a few observers!), 12 underage and the only one to blow a gasket was DC’s Renault! Thanks as always to our marshalls. We couldn’t race without ye!

Many thanks to Ronan “Scorsese” Ryan for the video footage!

Paul Nolan was at the National Champs on Sunday and got these shots of 3 time Irish Champion, but not Olympian, Matt Braemmier. (has anyone ever seen a picture of him smiling?) 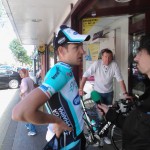 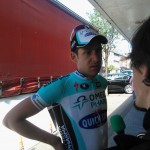