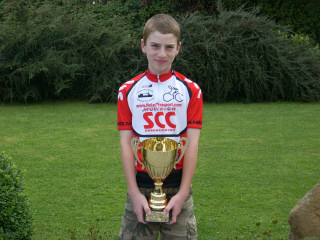 Another good weekend for Wexford cyclists! Adam Thatcher continued his good form as he prepares for the Leinster and National Championships with a fine win in Donore today with Reece Young and Becky Heaney SERC 2nd and 4th. Stephen Bracken and Neill Heffernan SERC were also placed in their underage races.

Frank O’Leary was also in Donore today, back open racing after injuring his ribs in Mullingar and taking on a handy spin against the might of David McCann! Alan Galavan and Shane Kelly were in the A2/3 race in Dungarvan where Barrow CC’s Greg Dempsey scored another impressive victory. In the A4 race Wexford Wheelers Dave Allen continued his great form from the Tuesday night league by taking victory with Simon Lambert 2nd. 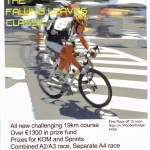