The Wexford Under 16s have had a great week in Belgium so far. On Wens they had their first race in terrible conditions, very wet and windy but all lads finished safely with Fionn and Reece in the prizes. They got to take in a stage of the Tour de France before their 2nd race in West Vlanderan, Belgium on Saturday where Reece and Fionn were again in the prizes along with Ryan Byrne but unfortunatley Odhran took a tumble but is ok. Their final race is in Limburg in Holland on Sunday. Considering the standard of racing the six lads – Matthew O’Gorman, Cian Keogh (SERC), Ryan Byrne, Odhran Stynes (Wexford Wheelers) and Reece and Fionn from Slaney – have riden realy competitively. Kudos to Frank O’Leary for preparing the boys so well. 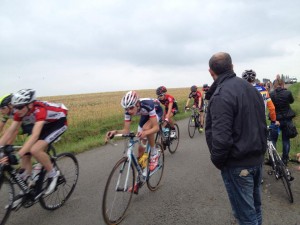 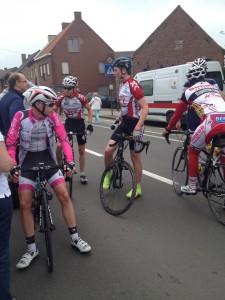 Well done to Elliott Young our sole reprensentative in the SERC Youth 2 Day. Elliott was 6th in the U14 TT but I haven’t seen results of the criterium or road race yet. 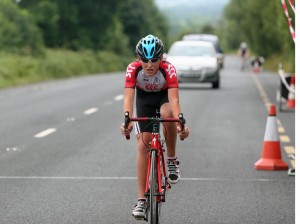 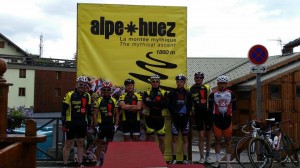 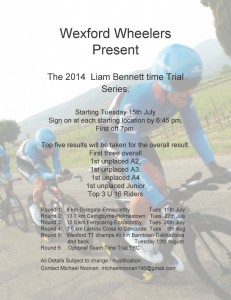 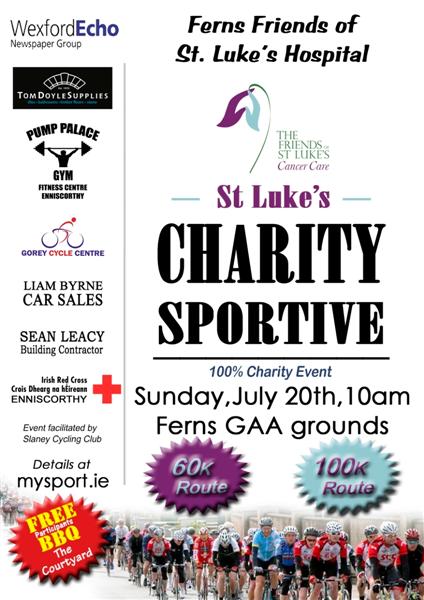 Velogames Fantasty TdeF – after 9 stages the Slaney League is being led by DS Conor Ruth closely followed by James Maddock and Mick Foley. Conor’s puchase of Nibali, Sagan and Fuglsang paying dividends. Early leader Reece Young is reeling from the loss of Chris Froome while last years winner Simon Lambert is waiting in the long grass!  If you have a team and want to enter the Slaney league the code you need is 03222209 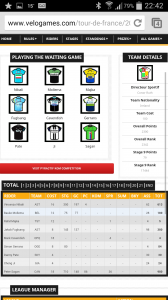