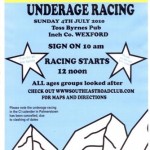 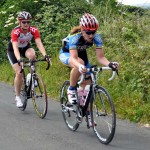 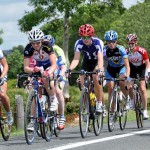 Check out http://www.irishcyclingphotos.com/ for some more great pictures from the National Championships including has some good shots of Frank Dunne in the Vets race. Ciaran Fallon is the photographer and aslo took some good images of the Wexford team at the Rás.

Rita Boyle and Frank Dunne represented the club at the National Championships in Sligo today. Theres great live updates on both races still available on www.irishcycling.com  Rita had a fantastic ride, attacking from the start and riding aggressively all day against a top class field including professional and full time riders. (I knew she must be making an impression when I started getting tweets and texts from Sligo asking where we found her!). Both Rita and Frank (and Conchubhar O Crualaoich for WW) finished outside the medals but had great rides on the day. Well done also to Patrick Dobbs in the team car and also Paddy Dunne who was at the finish to support them. Also see Luke Maguire had a great ride. Well Done Luke.

La Marmotte : Mick Byrne and Frank O’Leary are on the high seas tonight with about 16 bikes, bags and a lot of duty free as they head to the south of France. They have about 800 miles to cover and plan to be in the Alps when the lads fly in on Monday. Best of luck to everyone heading for the event. Lots of miles have been put in over the past 9 months in preparation for the ride next Saturday and we hope everyone enjoys the experience and gets around safe and sound. Hopefully we’ll have some updates over the week. 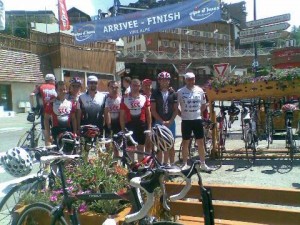 Stephen Roche Grand Prix: Adam Thatcher continued his winning streak by taking victory in Dundrum. Adam has been selected to ride for the Leinster team at the Mayo Youth 3 day over the August bank holiday. Adam is pictured below with Garmin pro Dan Martin who started the races and presented trophies. 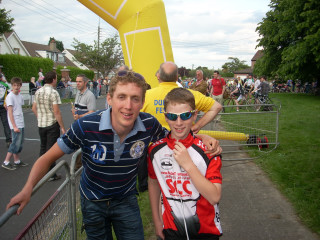