Congratulations to Reece Young who won a sprint finish to take Gold at the Leinster Championships in Kilmessan today. Team mate Fionn Jordan also finished in the prizes in 6th place. The two lads have been riding really strongly for the past few weeks in open races and dominating the race in Camross on thursday night when they attacked after 500m and rode to the finish alone with Fionn taking the win. 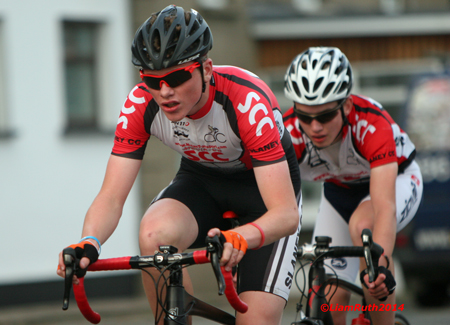 Not to be out done Elliott Young took a Silver medal in the U14 race. Elliott is just back from an eventful Errigal International where he also rode strongly. Next on the list for the boys is the National Championships in Antrim at the end of the month.