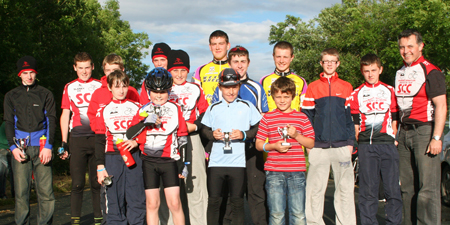 TT Results: Slaney Youth Races 2012   Many thanks to the kids who turned up for our final event on the Davidstown circuit. There were some fantastic times last night with each and every rider giving their all. Well done to Nicholas Howe on his first ever ride on a racing bike and to recent members Charlie O’Hagen, Martin Curren and Kieran Cooney on their first TT’s. Thanks to everyone who helped in anyway in our underage league especially the parents who brought children to the events, our marshalls (thanks again last night to the ever present Billy Roche & Stephen Flood from Wexford Wheelers who are always willing  to help), to Paul Nolan at Kennys for Bikes but mainly all our underage riders who are the best bunch of lads you could go for a spin with. 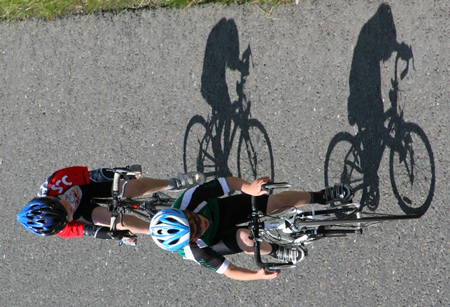 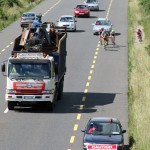 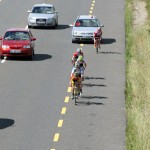 What a save! – Following a touch of wheels Marc Thatcher kept the bike upright but was forced off the tarmac and unto the dirt and gravel. Showing great confidence and bike handling skills he managed to ride off the gravel , over the the lip of the tarmac and back into the U12 bunch!