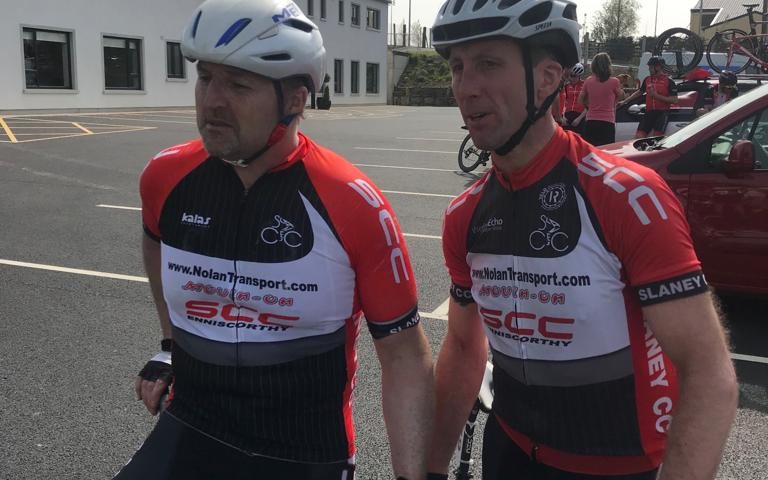 Starting in Blessington, Co. Wicklow on a very hot day, Brian Maher and Paul Noble were part of a very large field that took to the roads at a very fast pace. Unfortunately the pair were held up by a crash before Baltinglass but luck was not on their side as the pace at the front of the race was relentless and they were unable to regain the lost ground on the leading group.

Their heads never dropped as they worked hard to form a small group that stayed together until the end of today’s stage which means they’ll both will be on the start line for tomorrow’s first stage, a Time Trail of 6.4km.