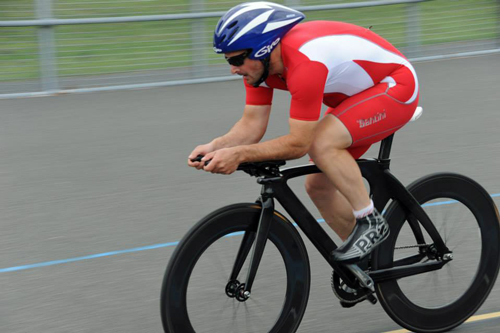 Davy Walsh in action at the velodrome at the National Track Champs in Dublin.

Another great result for Davy Walsh taking 3rd place and a Bronze medal at the National Track Champs in the Kilo. Davy posted a super time of 1min 12.94sec for the kilometer from a standing start – not bad!

Meanwhile Frank Dunne took 6th place on the opening stage of the Bog Week 2 day in Galway followed by 6th in the TT and 8th in the final stage.

Best of luck to Davy who competes in the National Track Champs in Sundrive Rd on Saturday. Davy has already taken a Bronze medal earlier this year in the National Omnium champs in his first season on the track. No great opposition for him this weekend – only the likes of World Champ Martyn Irvine, Eoin Mullen etc. etc.! 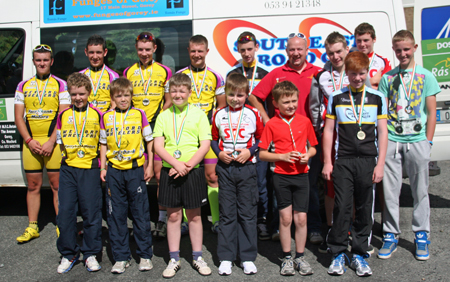 Prizewinners at todays County Cycling Champs. Many thanks to Derek Webb for sponsoring medals and to David Maguire and Wexford Wheeelrs for the McDonalds afterwards! 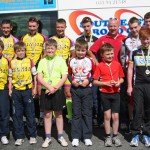 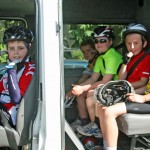 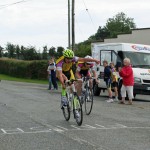 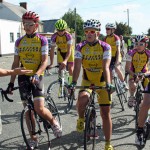 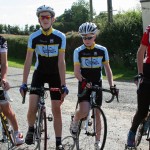 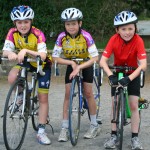 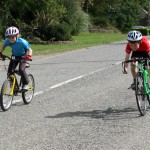 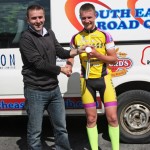 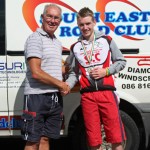 Seamus Sinnott has had a wonderful year in underage cycling and capped it off with victory today in the U16 race over two laps of the tough and hill Camross, Adamstown,Galbally circuit. In the sprint Seamus won from Andrew Maguire and Slaney’s Fionn Jordan who was 3rd and first U15.  In the U14 race Liam Curley SERC proved strongest having broken away on the steep climb out of Admastown with his teamate Cian O’Keefe who finished 2nd. Patrick Dobbs was 3rd with Slaneys Charlie O’Hagan, fresh from his visit to hospital after the Nationals crash last weekend, taking 4th. In the U12 race Hugh Maguire Wexford Whls won from team mate Rory Fenelon and Slaneys Conor Ruth in 3rd.

County Underage Champs will take place on the Camross circuit on Saturday 31st at 11am sharp. U12/U14/U16  races followed by a healthy meal in McDonalds afterwards! 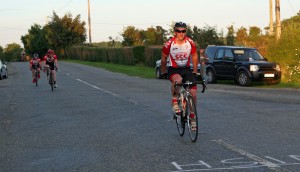