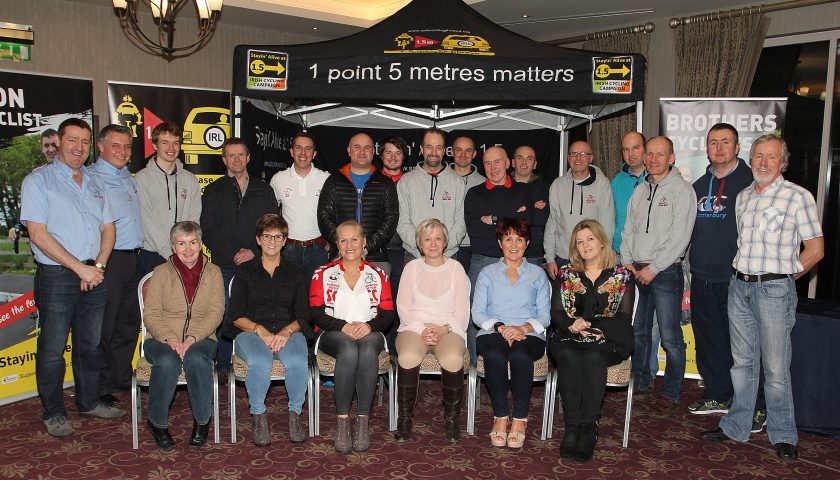 THE CONTINUED growth of cycling was there for all to see at The Riverside Park Hotel last week as Slaney Cycling Club hosted its open night there on Thursday. There was a great attendance on the night with plenty of people expressing an interest in the sport.
“We were delighted with the level of interest shown on the night and in the run up to the event,” said Rob Webster (SCC Chairman). “It was very encouraging to see great interest from women cyclists and we will probably end up having a dedicated women’s group going forward given the interest shown.”
Rob says that the club has also seen significant interest from people looking for a sport that is kinder to the body than the ones that they are already involved in.
“We have also seen interest in joining the club from those that have taken part in running, soccer, Gaelic games or rugby and for whom the stresses and strains that these sports put on the body has become too much for them,” he said. “Cycling is a non-impact sport that one can participate for many years and whether you want to enjoy social cycling, aim for sportive riding or enjoy the racing scene, there is something there for everyone.”
While the vast health benefits of cycling are well known to all, a big part of it is the social aspect, something which the club places a big emphasis on. “It’s important not to lose sight of the fact that many people just want to ride their bike and have fun,” Rob said.
Slaney Cycling Club will be holding a series of rides for novice riders with the first ride beginning on April 9. These rides will leave Pettitt’s car park at 10 a.m. and will be accompanied by experienced club members.  Initial distances will be short and we will allow for a coffee stop along the route. Those interested in taking part should make contact with the club on 087 4449628.