The lastest order of club gear has landed. We’ve kept the same design but upgraded the spec on the chamois on all the garments and introduced the latest high grade Laser Bib Shorts. The short sleeved jerseys are now available with the full zip, the long sleeved jersey now has a heavier material which will be great for spring & autumn, the long sleeve Wind Jersey/Jacket now has a windtex front and the gillets come with rear pockets. We also have 3/4 length bib tights again with the new T select chamois. Prices have being kept at the same price as previous gear or indeed cheaper in some cases.

If you preordered gear it is available at Paul Nolan’s for collection. Please note if you are buying club gear you need to pay by cash or cheque – the club has no way of accepting credit cards. Paul also has some older stock which we are selling at a lower price. Its the same design, we just want to sell off the old stock. Paul has the full range of stock but there are also Jerseys & Shorts available at My Sport. 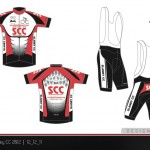 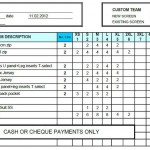 The wet weather put paid to our plans for the younger cyclists to take part in the Sprocket Rocket skills at Donohoes Garage on Saturday. Hopefully next week will be kinder to us. The rain did not put off the U14’s who took in a hilly spin out to Ballycarney, left up through Castledockrell, into Ballindaggin and home. It started in a light mist and ended in a deluge! Adam broke a chain in Ballycarney and Peter displayed his mechanical skills swopping saddles, seatposts, stems and shoes before we got Adam going on Peters bike. Next time we’ll bring a chain breaker! Peter & Bill are doing great work with the young lads who are always in great humour – especially when dropping aul lads like me! Thanks to Elaine for picking up Peter. 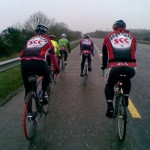 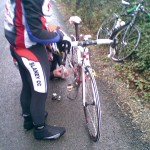 Sorry to report that Paddy Dunne was hit by a van and knocked off the bike in Lanzarote on Wednesday. Paddy sustained a fractured elbow and will require surgery this evening or tomorrow. To quote the man himself “Dozy bollox never looked pulling out from a filling station”.  Luckily for the van driver Paddy wasn’t able to get to him or the surgeons would be even busier……

Gorey 3 Day entry is now open. As you know the 180 places will fill quickly so let me know if want a place on the Slaney team by the weekend. I want to get entry forms back to Sam by Monday. Thanks to those who have replied already. Rás Mumhan entry also open now Davy Walsh & Alan Galavan confirmed with Frank Dunne as team manager.

Ken Blanche & Alan Galavan have arranged a great training spin for next Sunday morning taking in the Des Hanlon Memorial circuit. This is a good chance to get in some training miles over possibly the toughest Irish road race circuit as there are some changes to the route and finish this year. Alan has arranged for showers in the hotel afterwards so all you have to do is turn up! Meet at the Seven Oaks Hotel car park at 9.30am for a 10am start. Can anyone intending to take part contact Alan or Bill Jordan by Friday or post to forum/facebook so they have an idea of numbers.