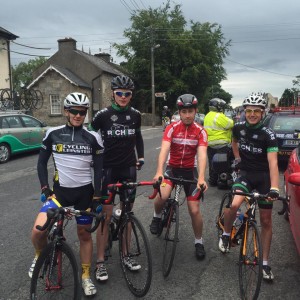 Junior tour came to an end today in Ennis with a stage of 7 laps around an eleven km circuit. with the top riders only seperated by seconds the racing was hard from the start but the bunch stayed largely in tact and finished in a bunch sprint.

Reece had the best legs of the week and finished comfortably in the bunch in the same time as the winner which is great to see at the end of a very hard week. Fionn had another good day and was in the top 20 again in 19th place and even managed to move up a place in the overall to 38th, 15min49sec down on the winner and rueing the 14min he lost on stage 4 with the cross winds.

Thanks to Ger Campbell and his team from Cycling Leinster for giving the lads the opportunity to take part in what is a major race for junior riders, attracting some of the best junior riders in the world. The lads were looked after to the best which no doubt helped them put in the rides that they did.

A word of thanks must also go to our club man Ken Blanche, who was working for the Irish team, for the support he gave the lads throughout the week. Fair play Ken.

The lads were supported from the roadside yesterday and today by Elaine and Berni, everyone needs a fan club!!

Team mate Ryan needs a mention also as even though he was forced to abandon early in the week he still went down for the weekend to support the lads, great attitude Ryan. Finally thanks to the club and to Wexford Cycling for supporting the lads, it really was much appreciated. 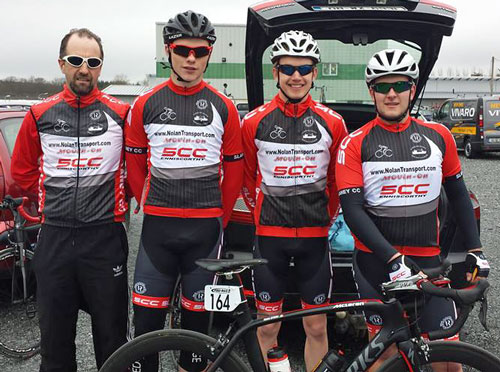 Best of luck to our three juniors who begin the 6 day Junior Tour of Ireland with a TT in County Clare this evening. Fionn,Reece and Ryan have been selected for the Cycling Leinster teams in this years event. The lads have been working towards this target since November under the guidence of Bill Jordan and its great to see them achieve their initial goal of being part of this International event.

In total seven juniors from Co Wexford will take part and we hope they all have a safe and rewarding week. Seamus Sinnott (Wexford Wheelers) and Sean Moore (Barrow Wheelers) will ride on the Cycling Leinster team, Fionn and Reece along with Luke Kearney (SERC) ride on the Richies Bike Developement Team while Ryan will also have Marcus Harrington (Wexford Wheelers) with him on the Leinster Development team.

All at Slaney wish the very best to our promising young Wexford riders as they square up against the best Juniors from Ireland and abroad. You can follow the routes and results at http://www.juniortourofireland.com/

These stage races all cost money and apart from the support coming from their own clubs all the lads are grateful for the financial support provided from Wexford Cycling to the riders. 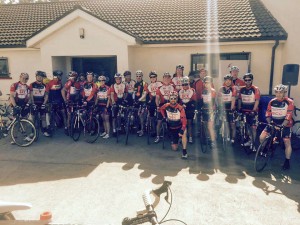 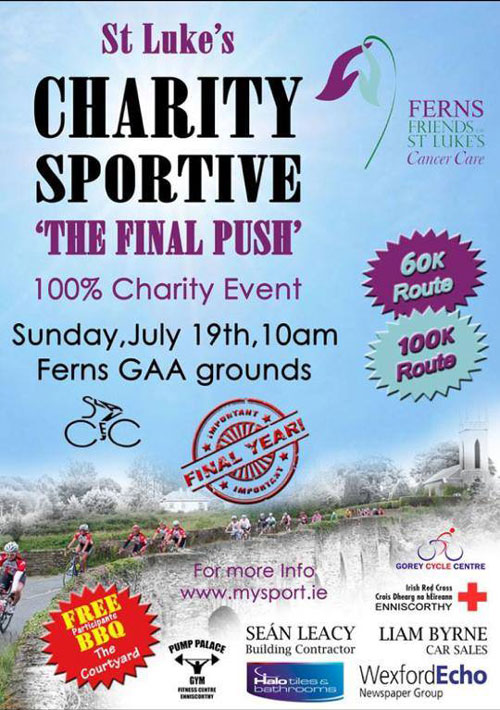