The sports best kept secret was revealed today with the announcement that Slaney CC will be entering a veteran’s team in this years FBD Rás.

Race supremo Dermot Dignan got the idea following 37 year old Lance Armstrong’s comeback and decision to ride the Tour of Ireland. “I wanted a team of veterans with all of Armstrong’s characteristics – huge egos, over inflated sense of their own abilities and a questionable pharmaceutical background and I immediately thought of Slaney” he said.

With An Post heavily involved with the Sean Kelly team, the local post office will sponsor the team which will be known as Slaney CC-Enniscorthy Post Office (or Slaney-EPO for short). Other sponsors have come on board including Zimmer who will provide the frames, while Sturmey-Archer will be providing their latest 11 speed carbon wireless group set. Team leader Pat Whitney said he hadn’t used the group set before but, as everyone knows, he was always happy to be on the wireless.

Other sponsors include Sanotogen which will prove the team supplements, St Johns hospital are providing a geriatric nurse as soigneur and local business men Tom Brown and Eugene Crosbie will provide the team support car’s. In another first for the Rás, following his recent TT performance, Liam Ruth will be allowed have lights on his bike.

With a stage end in Wexford town, Willie “The Dancer” Roche and Stephen “Mr. Mussel” Kelly will surely be to the fore. 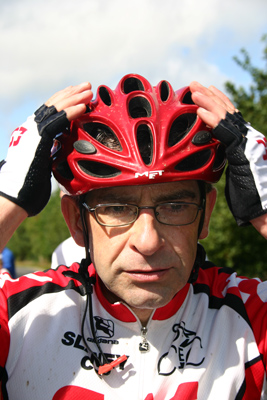 On a slightly sour note, the team had hoped to use the event to promote the carrying of organ donor cards but have been informed by the HSE that following an intense physical examination, none of the team’s organs would be viable for transplant to any human being. In fact three of the team members may miss the event altogether as they are now on a waiting list.