Slaney Youths took victory in the U12 and U14 races in Camross today. Unfortunately a bad fall for Fionn Jordan following a touch of wheels saw him finish in the ambulance with heavy cuts & grazes to his face, hand and hip. The injury looked particularily painful and sore but Fionn was his usual cheerful self as Wexford Wheelers Micheal Noonan presented him with his consolation prize. We hope Fionn (& his bike) are back in good order very soon. Many thanks to the Order of Malta crew who acted in such a professional manner to ensure Fionn’s wounds were cleaned and dressed before he was given a relatively clean bill of health.

In U14 Slaney took 1st with Ryan Byrne just edging out Adam Thatcher in a close sprint. Sean O’Connell from Stamullen was 3rd while it was great to see Wexford Wheelers Darragh Ferris in 4th following his recent collar bone break. In 5th place in his first open race Slaney’s Charlie O’Hagen rode really well and took the first of many prizes.

In U12 Marc Thatcher won, leading from start to finish, but was pushed all the way by SERC’s David Nolan and Slaney’s Conor Ruth who finished 2nd &  3rd respectively. FULL results on the Wheelers site.

I saw very little of the adult races but despite some very aggressive riding early on from Murt Doyle and Shane Kelly unfortunately I see we didn’t manage to get in the results. I took some pictures and I’ll get them up tomorrow. In the A3 we had Murt and Shane, Paul Bolger, Mick McLean, Dan Szczech & Pat Dobbs while in the A4 I saw John Dobbs, Stephen Kelly and David Dempsey. Where is everyone else? Only 3 out on tour today! 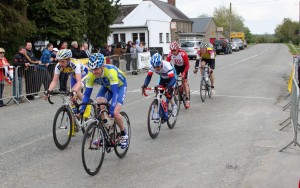 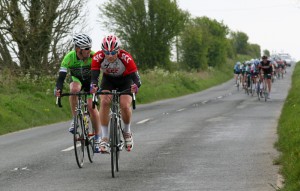 Shane tries to bridge to break later on lap 3 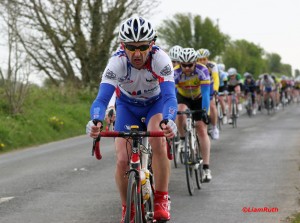 Patsy has his race face on as he chases down Shane

I’ll stick a few more up on http://pix.ie/LiamR later.

Ken Blanche took another fine 4th placing today and continues to lead his class in the IVCA races in Dublin. 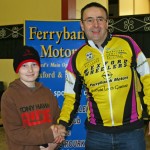 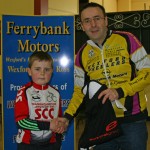 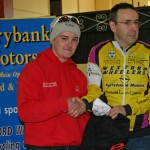 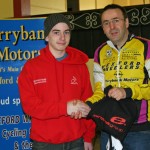 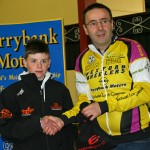 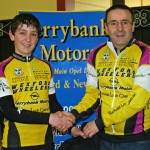 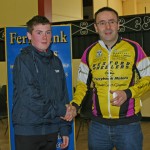 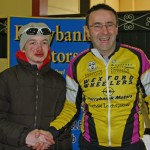 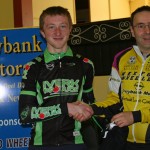 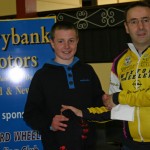 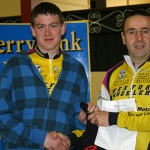 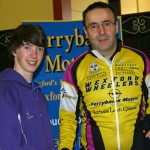